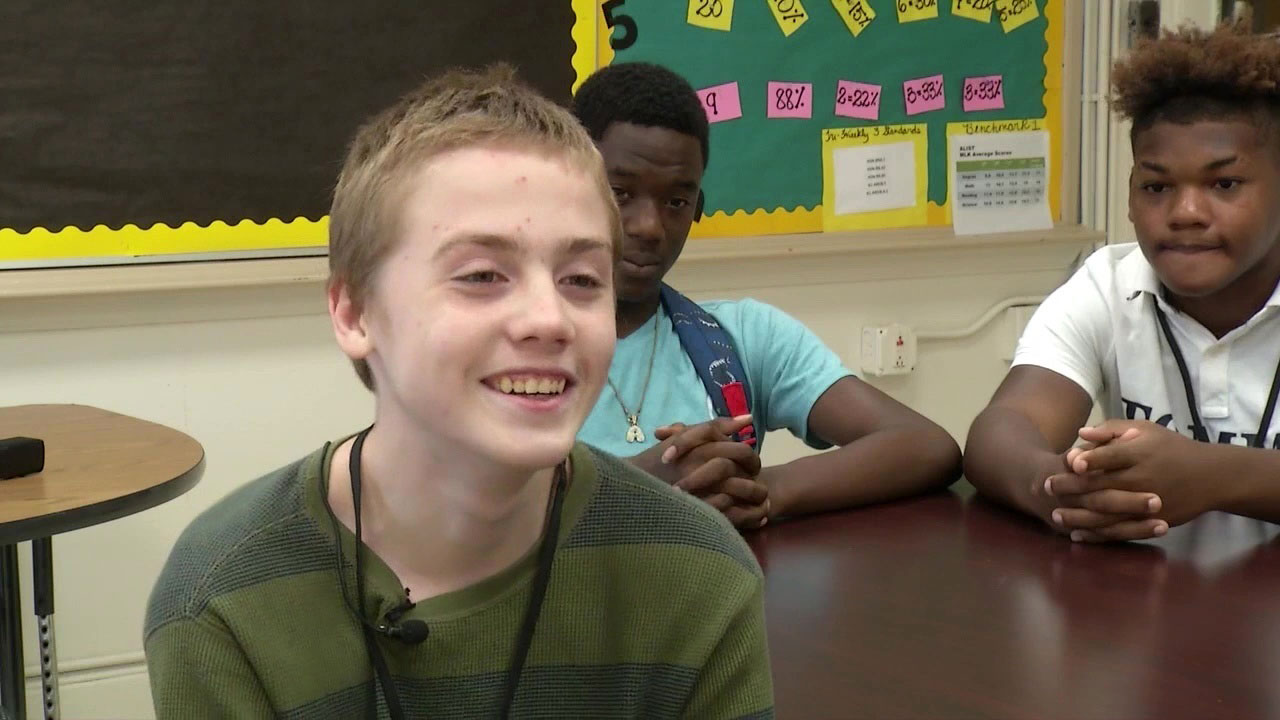 High school is tough enough, but a freshman at MLK Prep said his first weeks were a nightmare. He said he was being bullied, but now a viral video showed some of his classmates stepping in to cheer him up. Freshman Michael Todd was taken out of his third period at MK Prep on Monday morning.

His classmate Kristopher Graham felt bad for joining some of his peers in laughing, so he reached out to football teammate Antwan Garrett to see what he could do. Together, the pair gave Todd, who doesn’t have many clothes at home, new clothes and a new pair of shoes, a spokesperson for the school confirmed.

He froze when football players Kristopher Graham and Antwan Garrett handed him a gift. Todd told his fellow student, “You guys are awesome.” Graham and Garrett gave him a gift that changed his school year.  Another football teammate filmed the exchange Monday, and the footage was shared hundreds of thousands of times from various social media sources across the country.

“He wasn’t smiling or anything, and I was like ‘I think this is going to make you smile.’ We’re in the same third period and I apologize for laughing at you, and I want to give you something to make it up,” Graham said. Todd was getting bullied for three straight weeks at his new school. “I’ve been bullied my entire life,” Todd said. He would wear the same clothes every day and students at the school would mock him for it. “I really don’t have clothes at home. My mom can’t buy clothes for me because I’m growing too fast,” Todd explained.

Graham told FOX13, “When I saw people laugh and bully him, I felt like I needed to do something.” Graham went through his closet, grabbed lots of clothes, and texted his friend Garrett for help. “I got some brand-new shoes I can give him and a few items,” Garrett said.

The help isn’t stopping in the halls of MLK Prep, people from states away have seen the video and want to send Todd clothes. All this is thanks to two high school students who want to put a stop to bullying.

Todd told the students that helped him, “You guys are the best guys of my entire life.” The two students said they hope they inspire others to help people who are less fortunate than them.

If you would like to help, drop off or ship clothes to the address below or monetary donations can be made here.