Growing Up In Memphis: TJ Jefferson 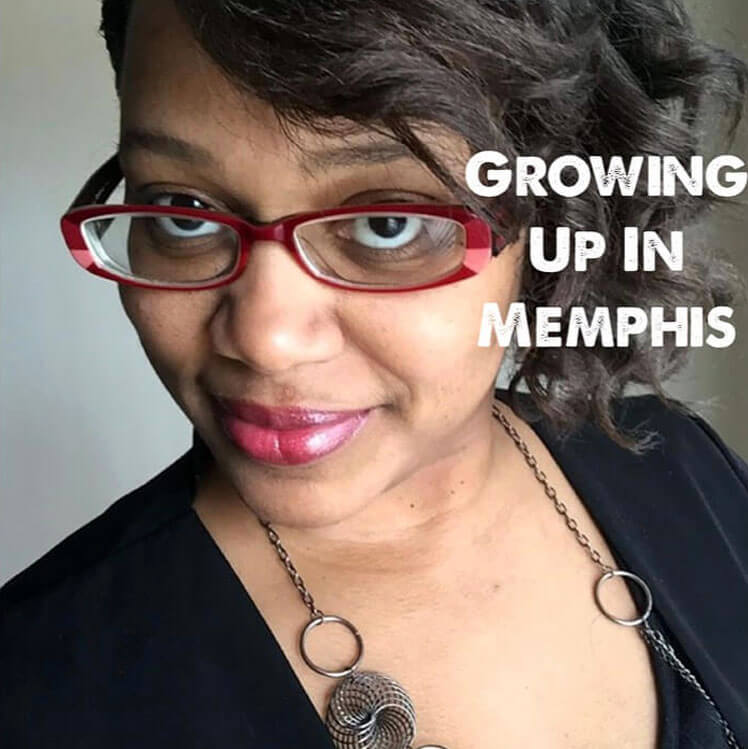 Winning on the GreenBox

The greenbox was a big, foreign object that was convenient to sit on outside, like a couch, as I watched the world of the KingsGate apartments I grew in. The greenbox was a green, metal box that sat on a square-shaped slab of concrete. I didn’t know if it was dangerous to sit on or not but I practically lived on it. Because of where it was positioned at the end of my street, I could see all of the comings and goings of cars; there was only one-way in and one-way out via a car. Even if it wasn’t me, there was always someone sitting on that greenbox. It was just that inviting.

I’m naturally inquisitive so sitting on that greenbox is where I started seeing everything that was real at the time and envisioning everything that I couldn’t see with my naked eye. Unbeknownst to me, the greenbox is where my gift of faith first blossomed. What I saw wasn’t always pretty-arguments, physical fights, shootings, police harassment, drug addicts, kids with no parental guidance, trash thrown everywhere, etc. But something internally piqued my interest in knowing there had to be better view, somewhere, and somehow, I was going to see it. I sat on that greenbox, biting my inner jaw (bad habit), often visualizing how I was going to be the one to inspire my peeps living around me. And how was I going to walk it and talk it, by any means necessary.

Don’t get it twisted, there were beautiful moments on that greenbox, too. I developed to be a helluva, formidable speed and spades player on there. I ran through and beat all of the greats in the KingGates and  then I would  take my talents to Hillcrest High School and sit on all three lunches to keep the crown. That free school lunch that everyone, except me, publicly hates is what gave me the sustenance I needed to keep the victories going at school. I initially learned spades by getting beat by every spades veteran in my family and I would take out my frustrations on whoever stepped up against me on that greenbox. I was mad competitive. That was my first real taste of having extreme confidence and knowing that I was a winner. Period.

Although I witnessed terrible things from that greenbox, it never kept me from going back the next day and next days after that. My only other alternative was to be holed up in the house and that wasn’t an option for my curious nature. I learned how to be calm, focused, and strategic in the middle of chaos. I wasn’t exactly scared but I was always careful and very aware. I had a many of one-on-one talks on that greenbox with those “bad kids” and I always tried to encourage them to do better; I would flip what they did bad into how they can use it for good. They respected me in how I carried myself and how I didn’t judge them and, in turn, my family didn’t take any hits with all of the bad happenings over there. I cared. I survived. Another win.

Growing up in Memphis and convening on that greenbox created a culture of me envisioning the win, then actually winning and, finally, surviving the win. People can say what they want about the hood but knowing how to survive it is right up there with an Ivy League education to me. There’s maneuvering that a classroom cannot and will not teach you. My environment didn’t have the best views but my curiosity carried me until I saw a better environment. I left Memphis for 12 years after I graduated from Hillcrest. I saw better and I came back. I thought I had lost in life, but realized that the things I envisioned back then manifested, some way uglier than necessary. I see better in Memphis yet there is more work to do and I’ve already been knee-deep in the work.

I rode through the old KingsGate just yesterday and sat on that exact same greenbox and just like clockwork, my new visions played out. Ahhh, the beauty of that doggone greenbox. Hey, Memphis, watch out! #SmileMemphis