Growing Up In Memphis: Jason Mitchell 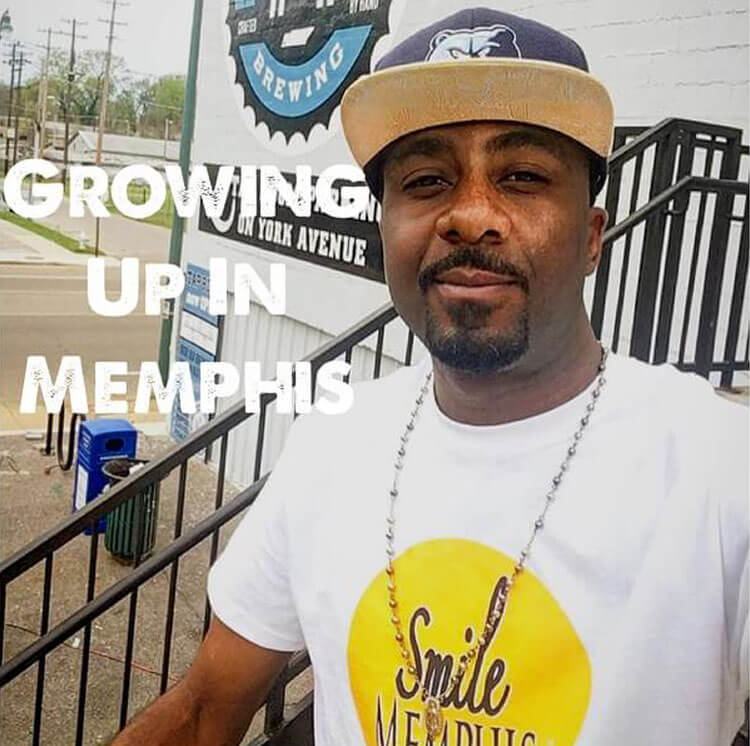 The best way I can describe the feeling I have for my hometown can be expressed using the 1977 R&B hit, “Love and Happiness” from world renowned Memphis legend, Al Green. Something that will make you do wrong, make you do right… what a spot on lyric! Memphis is like no other city in the state of Tennessee, like no other in America and there’s no other place like it in the world. I have had the pleasure of spending time in other places but I know that my heart will forever be connected to the power of love I have for the Bluff City.

Most people associate Memphis with several things: Elvis Presley, the Blues, and Barbecue (or barbeque but better known here as BBQ). My connection is obviously more complex than just music and food. I was born and raised here by my mother who is a native Memphian and my father who ironically was raised in Boston, Massachusetts. My parents divorced before I was old enough to remember them ever being together. Therefore I grew up in a one-parent household, my mother the hardworking southern belle of my life. Her family’s roots were here in the south so I was engulfed in southern culture. My life lessons camenot only from my mother’s principles of hard work and respect but the lessons I learned from the experiences and people of this blue-collar town.

One distinct characteristic that this city has is an unrivaled pride that all Memphians have for letting other people know where we are from. I know that most people would say the same about their respective hometowns if you were to pose that question. But there is a distinct difference with which why Memphians possess that sentiment. It is rooted in how we feel as if we are always looked over, left out,and even disrespected by other major cities. Its an underdog mentality that we feel like we have to prove ourselves, to show the world that it is more to Memphians than knowing how to cook a slab of ribs, sing the blues, and show visitors how to get to Graceland. We all view ourselves as the underdog city of America. We definitely have our shortcomings but I challenge you to name me a city that’s flawless.

There aren’t many places in the world where you can go and strangers will smile and greet you as if you were a family member. Name a place where people still respond with ma’am or sir as a sign of respect. Tell me about a place where after you eat a meal that you aren’t just full but it makes you feel happy. Happiness is when… you really feel good about somebody. The great Mr. Al Green told the world that there is nothing wrong with being in love. And for that reason among countless others, my being a Memphian will forever fill me with LOVE AND HAPPINESS!!